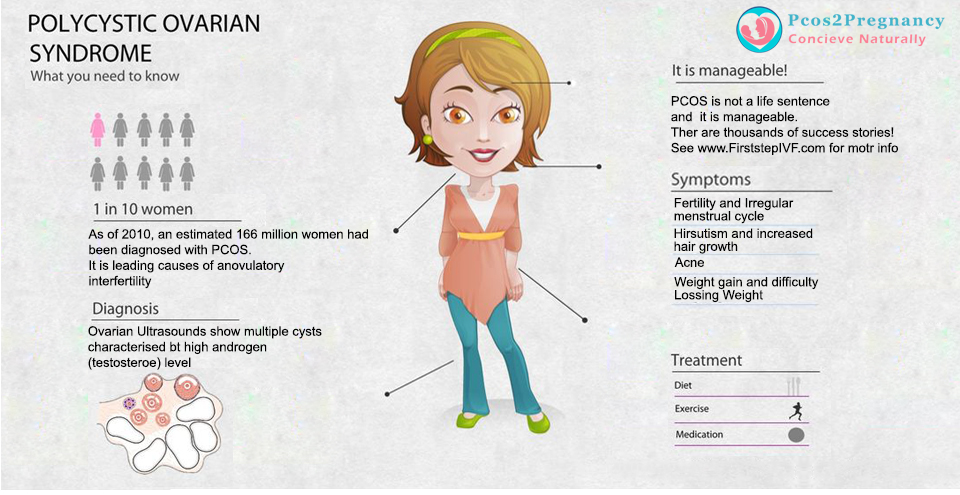 A lot of women assume that cysts cause PCOS (Polycystic Ovary Syndrome) but, this is not the case. It is a myth.  A cyst is basically a follicle (containing an unfertilized egg) that did not rupture during ovulation. When this happens, a follicular cyst occurs and sticks to the ovary.

Research shows that 25% of normal women have poly (many) cystic ovaries. This would mean that these women have high androgen levels as an androgen excess is a common feature of PCOS.

PCOS and high androgen levels is a genetic disorder which has been strongly linked to various environmental components hence epigenetics is vital for you to conquer your PCOS. Epigenetics is nothing but, the study of the changed environmental conditions (poor diet and unhealthy lifestyle) that causes a gene to be turned on or turned off. Once we treat this (the root cause of PCOS i.e.), then PCOS symptoms can be reversed.

The secret is finding which factors are affecting YOU and, we at Pcos2Pregnancy can help you do that!

The Most Common factors that trigger PCOS:

PCOS and Insulin resistance and Inflammation

Insulin is our storage hormone. When we eat, our body detects a rise in blood sugar.

Study reveals that 70% of women with PCOS suffer from inflammation and insulin resistance, both of which are often closely linked with PCOS.

One of insulin’s important roles in the body relates to fat storage. Insulin is an essential hormone which is produced by the pancreas. It is is responsible for allowing glucose to enter the body’s cells which in turn convert the glucose into energy. After we have eaten, the pancreas secretes insulin in response to the increased blood sugar detected by the body. The cells grab the insulin, which activate receptors that allow the cells to absorb the glucose in the bloodstream and into the cell. Insulin acts like a key, opening the door to allow the glucose in the bloodstream to enter the cells.

The problem occurs when the blood sugar is high for a long period of time, our body obviously doesn’t like this because, over time it can eventually lead to damage in our liver, pancreas, heart, eyes and brain cells. This is when the body starts to store excess blood sugar in muscle and liver cells for later use. 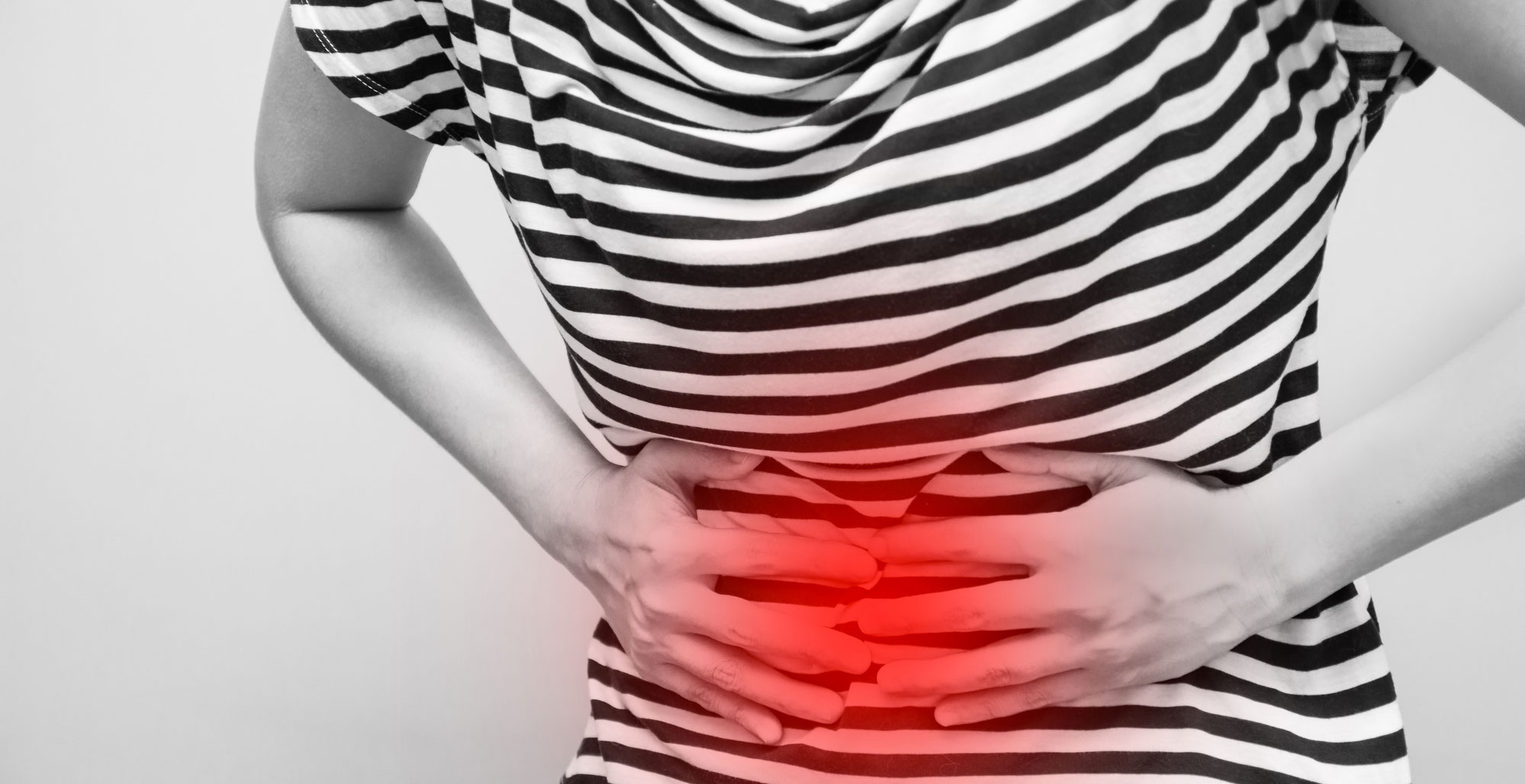 Why is High Insulin Bad?

In women with PCOS, high insulin levels can cause the ovaries to make more androgen hormones. The level of SHBG (Sex Hormone Binding Globulin) in the blood also gets reduced. If the SHBG levels are low then the levels of hormones in the blood will increase.

But, not necessary all women suffering from high insulin levels will develop increased levels of androgens and/or PCOS. Hence, scientists suggest that genes play a role.

Have you heard about insulin resistance? Do you know its connection to inflammation?

The second most common type of PCOS is the Post-pill PCOS. A lot of women are diagnosed with PCOS after coming off the birth control pill. These pills suppress ovulation by disrupting the communication between the brain and ovaries. This is usually a temporary effect (known as post-pill PCOS), and ovulation resumes soon after the pill is stopped but, for some women ovulation-suppression can last months or even years. In such cases it is not the androgens causing problems, but the ratio of Luteinizing Hormone (LH) and Follicle Stimulating Hormone (FSH). LH and FSH are the hormones responsible for ovulation. If the ratio of LH to FSH is more than 3:1 then ovulation will not occur.

Long term stress (physical or psychological stress) eventually leads to adrenal PCOS, which is the third most common cause of PCOS. Mostly, it’s a combination of the two, a high stressful job and high intensity exercise.

When we are under a lot of stress and pressure, the adrenal glands produce stress hormones in response to signals from the brain . These hormones are known as adrenaline (aka the fight or flight hormone) and cortisol. Simultaneously, the brain also produces androgens like DHEA-S (Dehydroepiandrosterone sulfate) and androstenedione. A lot of people are unaware of the fact that around 50% of women with PCOS have excess adrenal androgens.

The following symptoms are a sign of the stress hormones causing or contributing to your PCOS:

– Feeling lethargic most of the time
– Even after 7-8 hours of sleep, you still wake up tired
– Feeling drained out after exercising
– Feeling tired, but still wired at night

Inflammation has been known to increase androgens and stop ovulation, even without insulin resistance. If you keep getting infections or if you find yourself falling ill all the time, then this could be a sign that you have chronic inflammation. Other indicators include allergies, sore joints, asthma, skin disorders like eczema and IBS (Irritable bowel syndrome).

Hidden Cause or Contributor

Are you still unable to rule out the cause of your PCOS? You may have a ‘hidden’ cause of PCOS. More than a quarter of women have thyroid but, sadly many of them never have their thyroid markers tested. If they do, it’s usually only the Thyroid Stimulating Hormone (TSH) that’s measured.

TSH, ideally should be a good indicator that something is wrong with your thyroid but, that isn’t always the case. The range that is considered to be ‘normal’ is actually quite high. Studies reveal that it should be 2.5mIU/L, but it’s currently set at 4mIU/L.

Inflammation may also affect the TSH levels. That’s why they appear normal even when they are actually not. Stress apparently, also has a similar effect. Since inflammation and stress both have been found to be one of the reasons of PCOS, similarly a thyroid condition can also be a cause of PCOS.

It’s best to get your thyroid levels tested if you are suffering from high cholesterol or hair loss.

Your Cause of PCOS: You Don’t Need to Fit in Just One Group

You may have read this and thought that you fit into a couple of boxes.

This is very normal in this day and age, where environmental factors collectively influence our health. You might be a a working lady or a busy housewife, who may have many lifestyle Challenges like Stress, Limited or Unhealthy Dietary options due to time factors and compromised lifestyle choices. These all can lead to multiple factors that lead to PCOS and related complications.

If you feel the cause of your PCOS isn’t just one factor, don’t sweat! This is very normal. Nowadays, environmental factors are thought to be involved in the development of PCOS and related complications. This is generally due to our busy, stressful lifestyle and unhealthy eating.

The right key to deal with your condition is to IDENTIFY the cause and deal with it effectively.

At Pcos2pregnany we do detailed assessment of your condition and analysis of your lab reports and then guide you to the most suitable Pcos2pregnany Herbs, Dietary, Lifestyle options.

With the knowledge, research and wide exposure, I, Dr. Tehsin Malik have developed a natural plan that can help you fight and heal PCOS and increase your chances of conception. We call it the Pcos2pregnancy plan. Over time, I’ve tested and refined my approach. And I’m proud to say that since then, many of my patients have overcome PCOS naturally and started families, Alhumdulillah.